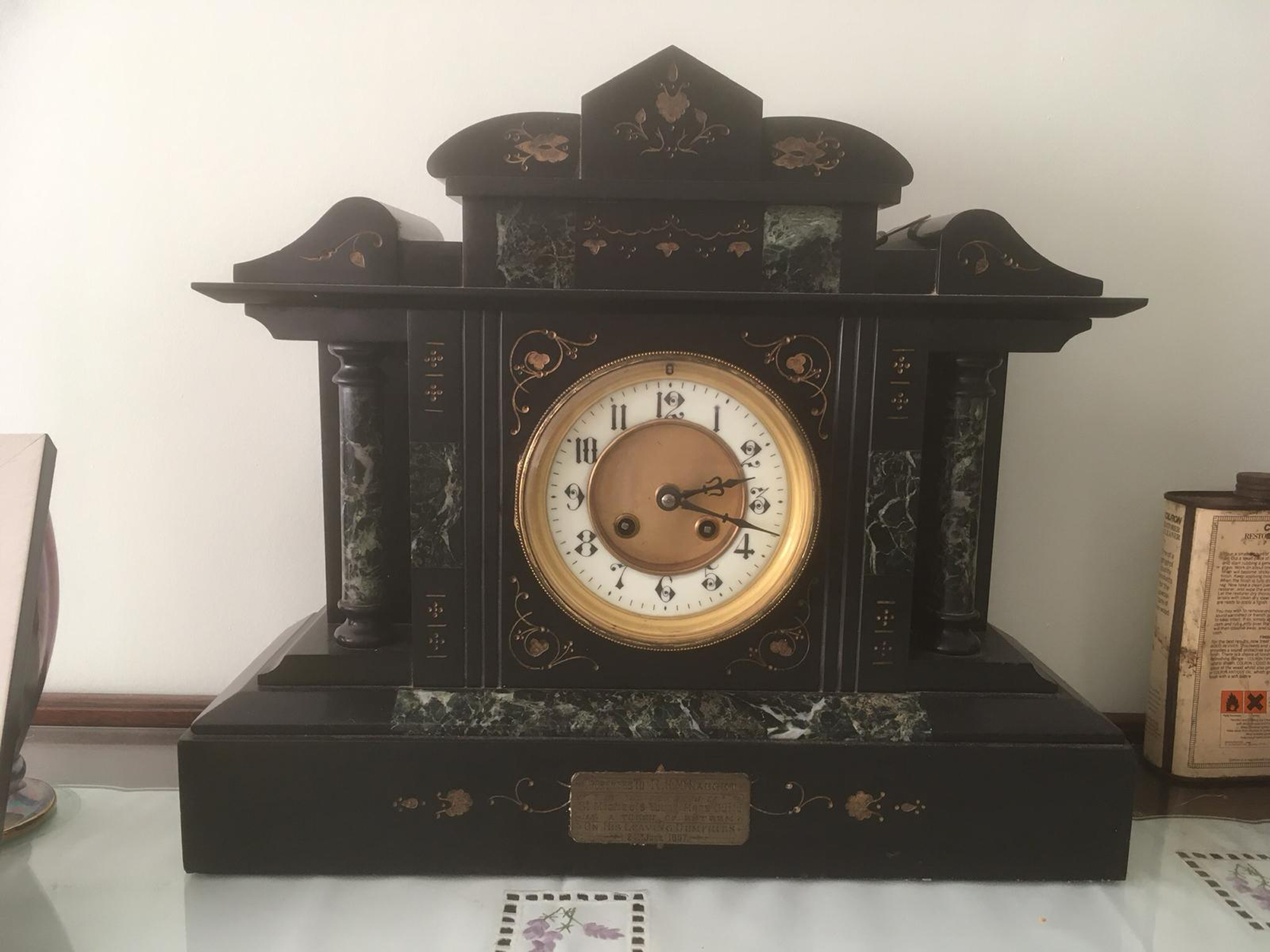 “I inherited this clock from my adopted auntie Peggy. She was with my mother when I was born and was the grandmother I never had. I have known this clock my whole life.”

Domestic clocks made of black stone became fashionable after the death of Albert, Prince Consort, in 1861 and remained so until the turn of the century. They were popular as presentation and commemorative items and were produced by masons across the country.