Terrors and Rabbits on Wide Street 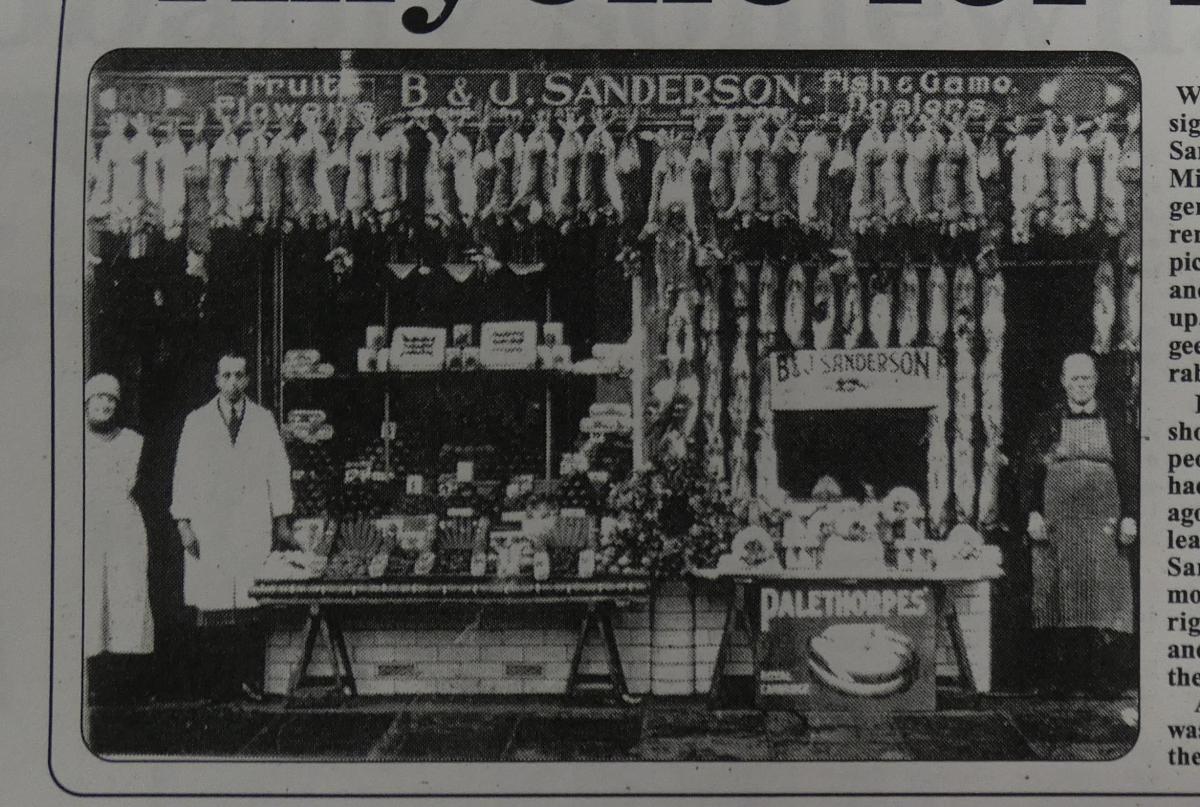 It appears that the Fish and Game Dealers at 49 Wide Street, Ben and James Sanderson, had a number of rabbits to sell when this photograph was taken. 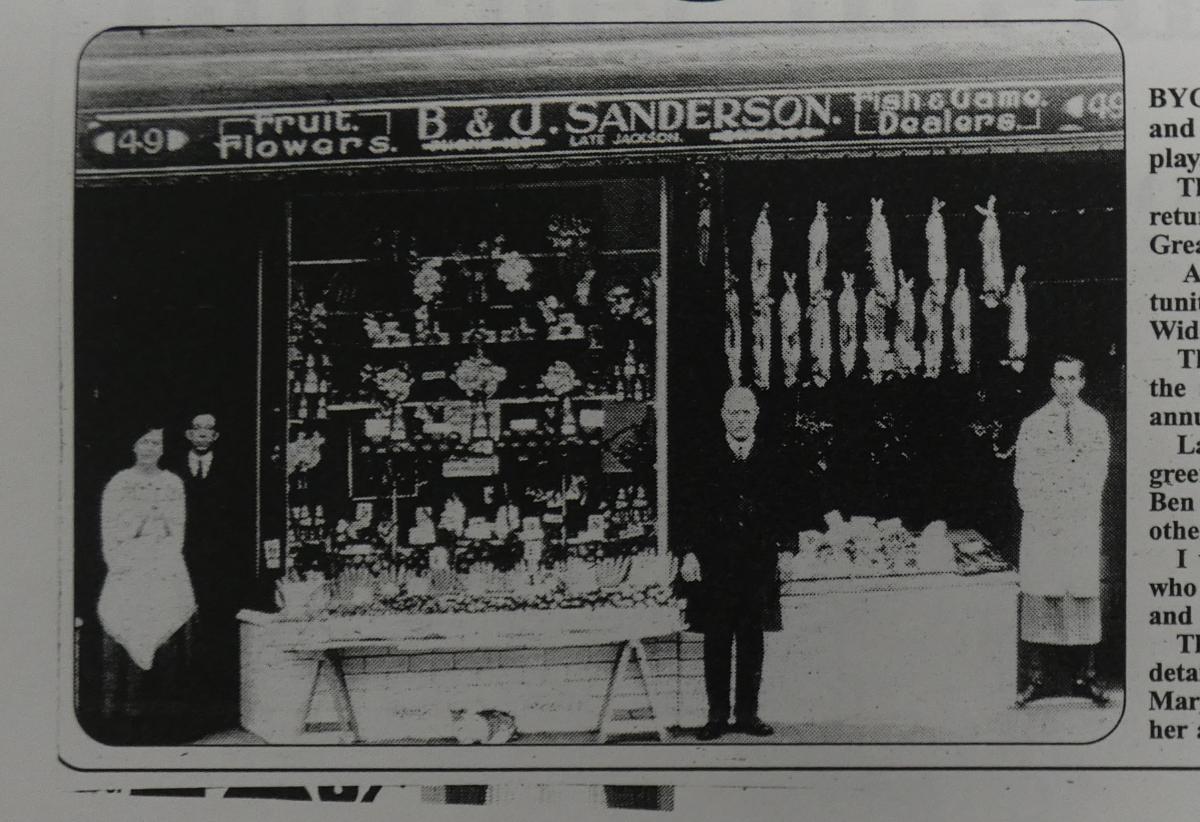 In this second photograph, the shop window looks a little tidier! This is from when they won first prize in the competition for the best shopfront in the Selby Gala!

James Sanderson later opened a green grocery and fruit shop in Gowthorpe. He made an agreement with his uncle Ben that they would not sell the same things as each other to prevent any competition! 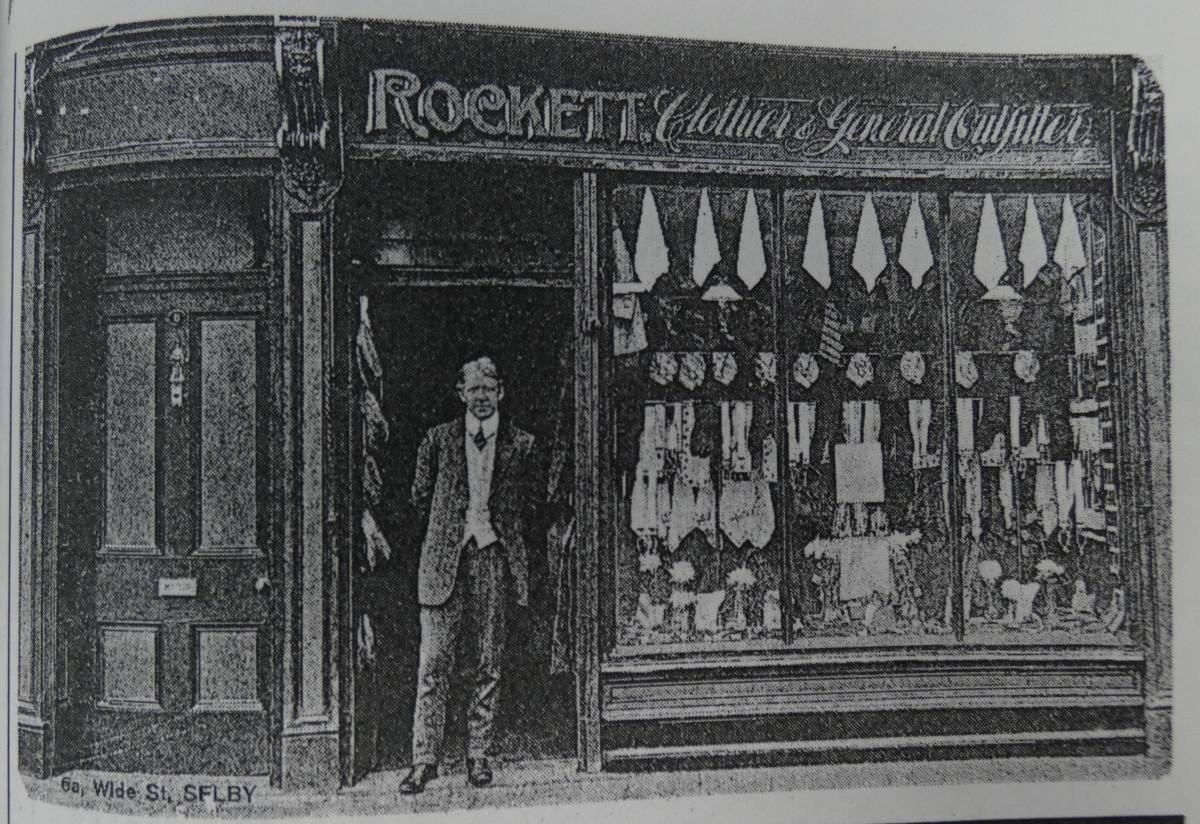 Stories say that in Yorkshire there was an annual '’Mischief Night’’ on 4 November (before the idea of Halloween came from America). 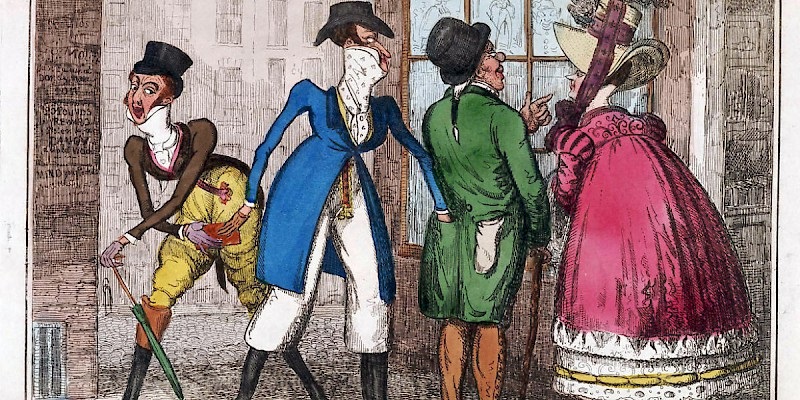 In a Selby Times Bygone Days article, Richard Moody recanted one of his favourite stories about Mischief Night, which he heard from his mother about one of her mischief acts.

She told him that they would cut out two letter P’s and stick it over the shop in the picture – Dick Rockett’s - and change it to a character that you wouldn’t want to find in the shopping streets...

Dick Rockett was a Clothier & General Outfitter and had a shop here in Micklegate, and ones in New Street and Gowthorpe.