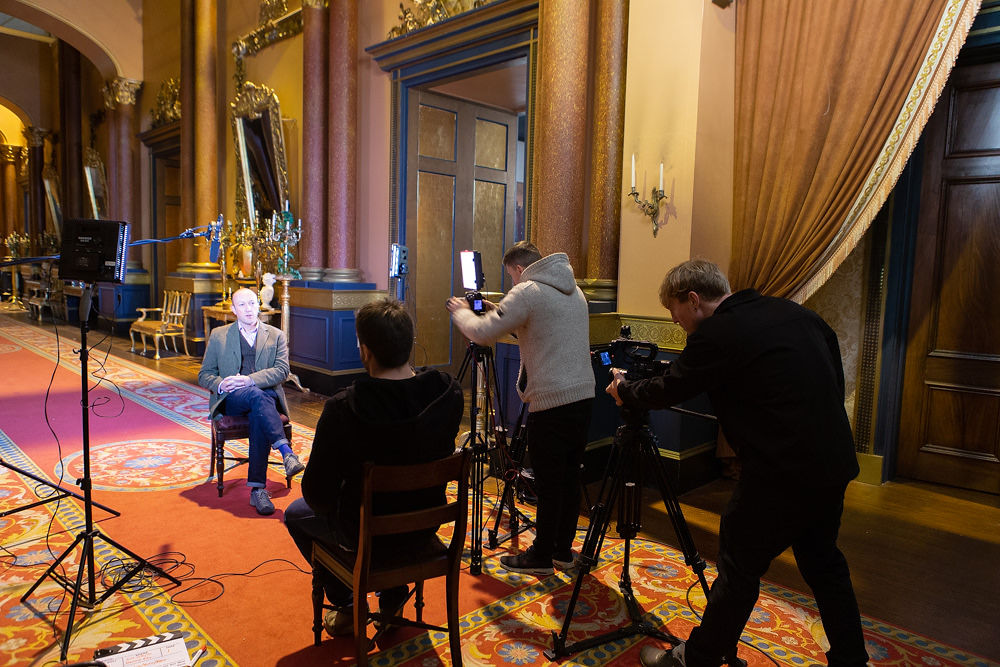 2019 sees the return of ITV’s hit drama, Victoria, which has been filmed right here in the Selby district.  The majority of filming has taken place at the Yorkshire Studios, situated at Church Fenton.  And it’s here that there are plans in place to develop a new ‘creative hub’ to support hundreds of new jobs in creative industries.

It’s just one of several major development sites in the area which Selby District Council has been supporting as part of its work to drive investment and create new opportunities for its residents.

Even as it stands, the Yorkshire Studios at Church Fenton offers fantastic opportunities for people in the area.  This includes students attending Selby College.  Having a major TV production on their doorstep has created some fantastic links for students, some of whom have been involved in work experience placements.  These are opportunities that would usually only be available to young people studying in the UK’s largest cities.

Mike Young, Media Lecturer at Selby College, takes up the story.  “It puts into perspective the theories and techniques we’ve taught them at College as they can see this happening in ‘the real world’. It also whets the appetite of some students as seeing a working production gives them a bit more career direction.

“These visits to the studios are on-going as we try to visit at least once a year and send students on some kind of work experience,” added Mike.

One Selby College student who’s benefiting from access to the film studios at Church Fenton is 18-year-old Jack Howard, who is studying Level 3 Extended Diploma in Creative Media Production and Technology and wants to become a film director.

Jack enthused, “We’re incredibly lucky to have the studios so close to the College. Most colleges just offer theory for a course like mine, but I can gain really useful and enjoyable practical knowledge and experience.

“So far I have had one day on the set of Victoria, which was fascinating and rewarding. Its size was stunning. But I am now down for work experience at the studios, which will involve every aspect of film production. I regard myself as so fortunate to be able to have such relevant work experience on my doorstep,” said Jack. “Fellow students who have done work experience there have learned so much.”

He added: “My dream is to become a film director. Visiting and working on Victoria is a step closer to this dream”.

In addition, over the past few years, the College has seen its Apprenticeship programmes grow significantly as local employers recognise the quality of the training provided and young people see the high rates of students gaining employment after being on one of the College’s courses.

The link-up between the College, the owner of Church Fenton - Chris Makin, and production company - Mammoth, is an example of why the College is so successful and what Church Fenton has to offer.  The fact that Victoria is being filmed in the heart of the Selby district has a wide range of positive knock-on effects, but one of the most important is the educational benefit. Just ask Mike Young and his creative media production students.