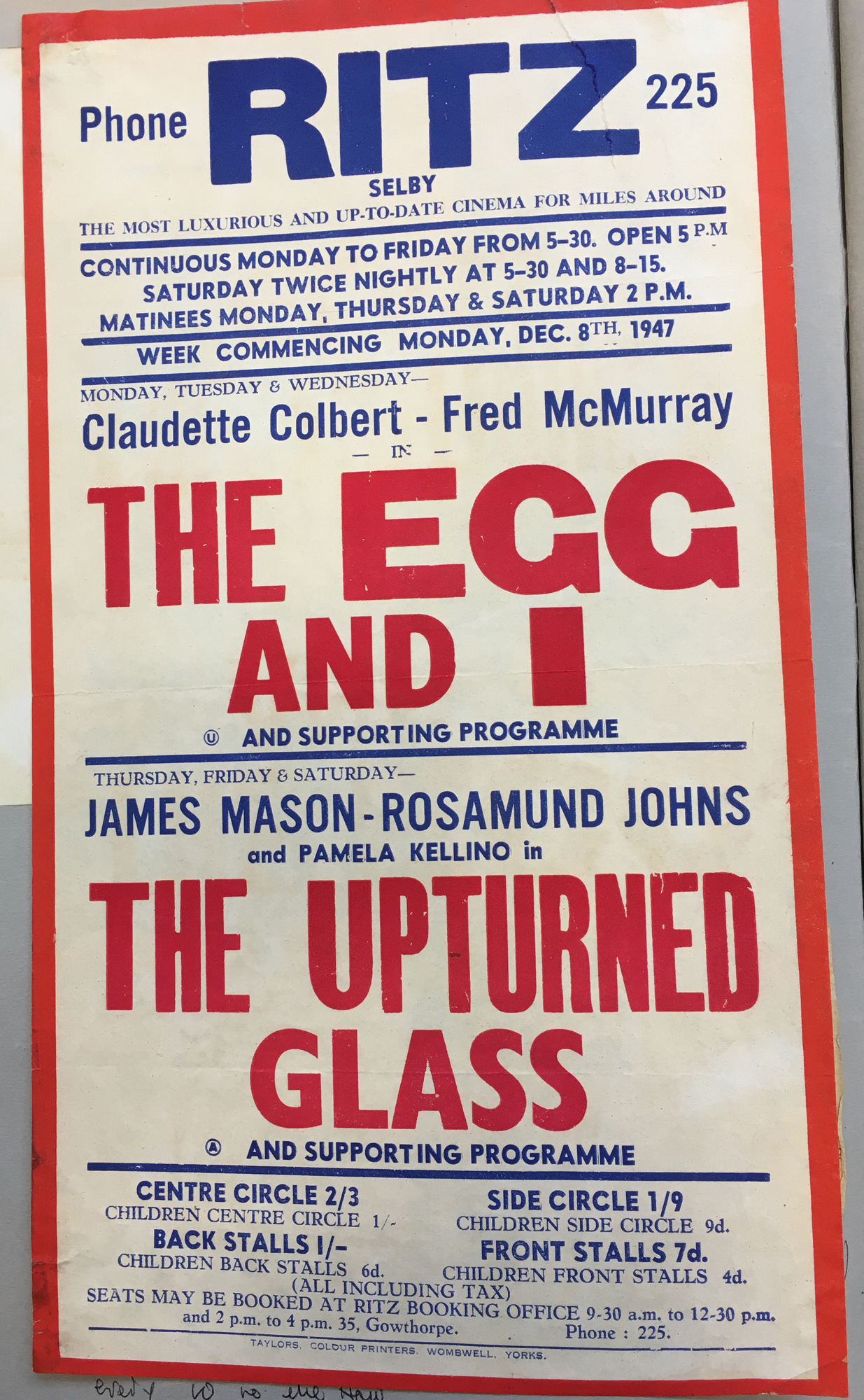 "My mum worked at the Ritz at the beginning of the war before entering the military. As a young lad I spent summer holidays in Selby and regularly went to the Ritz with my Nan and Great Aunt."