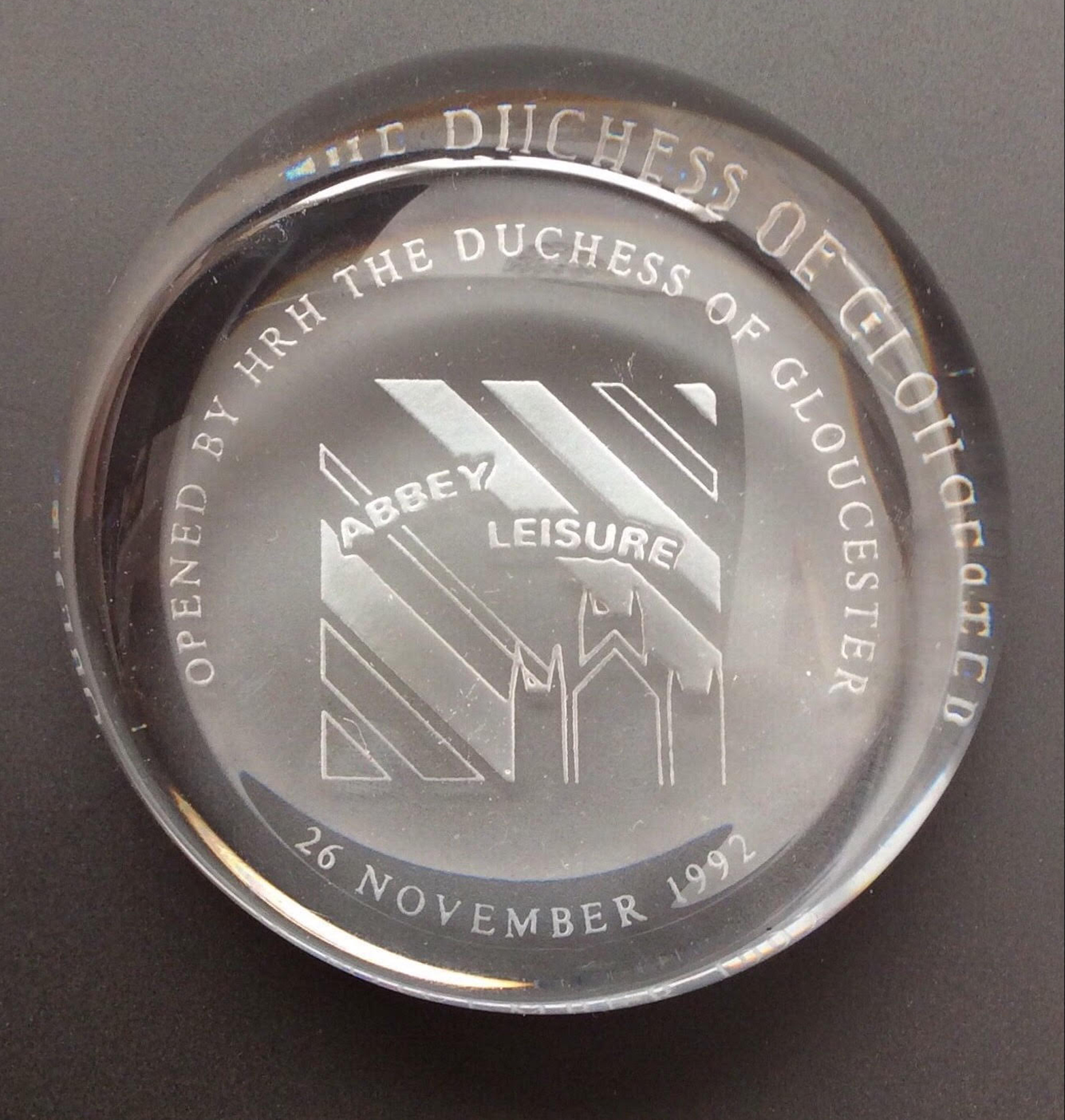 The Abbey Leisure Centre, located on Scott Road opened its doors to the public in July 1992, replacing the public baths located in the park. This paperweight commemorates the official opening later in the year by The Duchess of Gloucester. The Olympic swimmer Duncan Goodhew represented the world of sport.

In February 2012 the centre was destroyed by fire. Built on the same site the current leisure centre was opened by Olympic champion Rebecca Adlington in March 2015.