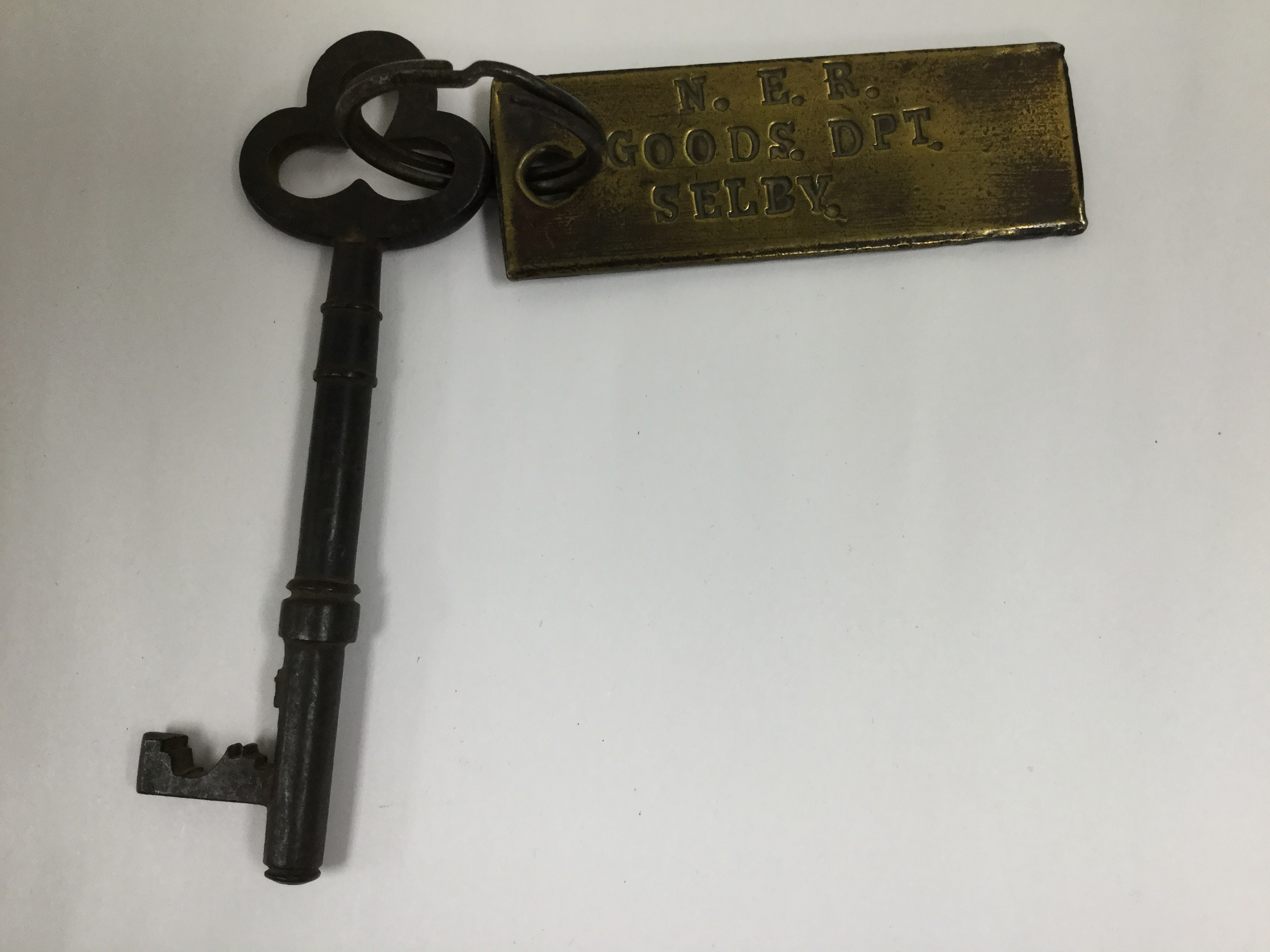 “I think this could be the key to the oldest railway station. It’s tagged for the North Eastern Railway Goods Depot, which had been the first Selby station building.”

Passenger services using steam locomotives started in 1833. The Leeds to Selby railway was the first in Yorkshire opening in 1834. When the Selby to Hull line opened in 1840 the station was repositioned and the original station became the goods shed. The North Eastern Railway operated the route from 1854-1923.