END_OF_DOCUMENT_TOKEN_TO_BE_REPLACED

Why are you littering? 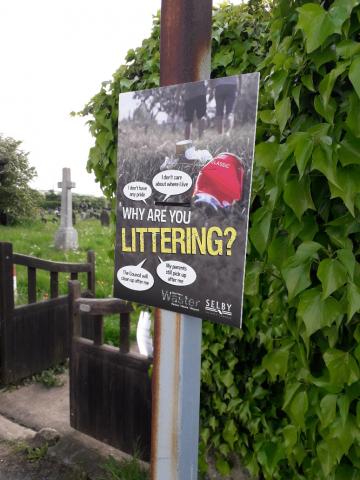 Selby District Council has teamed up with schools, parish councils and local wildlife and nature reserves to tackle littering.

More than 200 posters have been shared with primary and high schools across the district encourage everyone to stop dropping litter. The posters will also be displayed in parks, play areas and green spaces across the district, many of which have seen a surge in visitors during Covid-19 lockdowns.

The signs ask people who might consider dropping their rubbish ‘Why are you littering?’

The four options it suggests are:

The campaign is designed to shame people who might think it's OK to litter.

Leader of Selby District Council, Cllr Mark Crane said, “We’re using these posters to remind everyone to make sure they clear up after themselves. Wherever you are, dropping litter is not acceptable.

“These posters will be used in problem areas but also in schools and community venues to remind everyone they should take responsibility for their rubbish.”

The posters were first introduced in 2018 for the Council’s successful Don’t be a Waster campaign when a number of parish councils displayed them. Demand for the posters has been significant this year.  More than 300 have now been issued to 18 primary and secondary schools and 42 parish and town councils.

“We want to remind people: take your litter back home and don’t leave a dangerous eyesore for others to pay to clean up," Cllr Crane added.

Selby District Councillor Mary McCartney is also a Kellington Parish Councillor – one of the parish councils using the posters. She added: “During lockdown we’ve seen many people taking the time to look after their local areas and pick up litter. But we’ve also seen a lot more people using our local green spaces and using the local footpaths around our village and its disappointing that a small minority don’t pick up their rubbish. I hope these posters will act as a reminder that your litter is your responsibility. We’ve ordered more of these posters because we think they’re a great way of getting the anti-litter message over.”

Miriam Oakley, Sherburn High School’s headteacher, explained why they’re joining the campaign: “Our High School is an important part of our local community and we know that the issue of litter matters to our students and our neighbours. We’re delighted to be able to display these posters to remind everyone to look after their local area and take their home or put it in the bin.”

These images shows the posters displayed around Kellington. 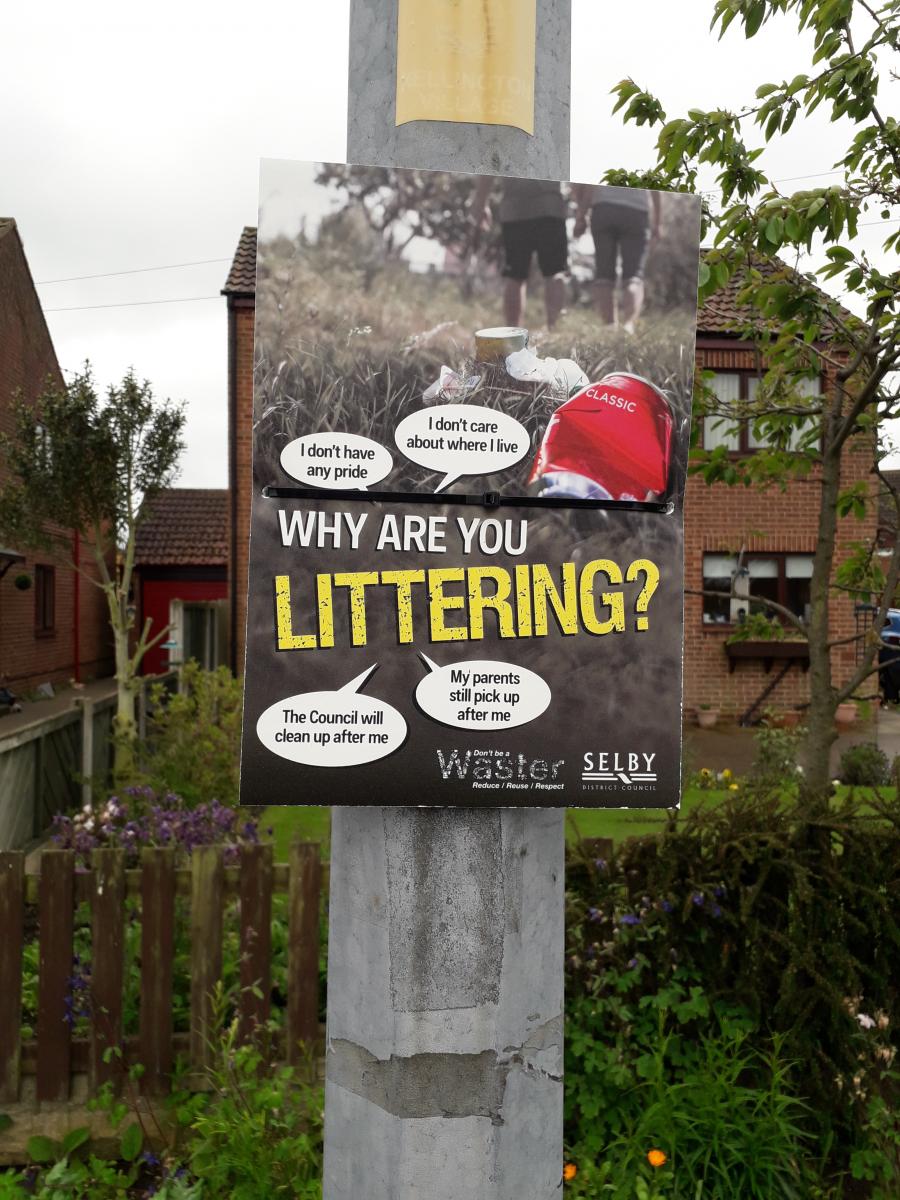 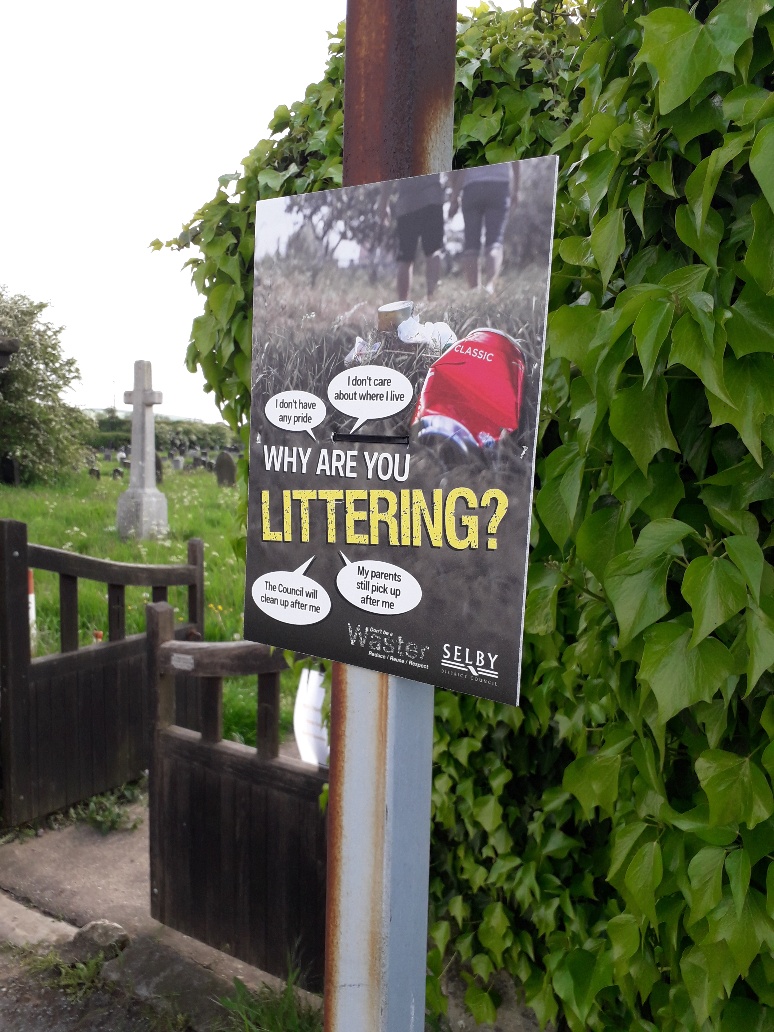