END_OF_DOCUMENT_TOKEN_TO_BE_REPLACED

The Lord Lieutenant for North Yorkshire 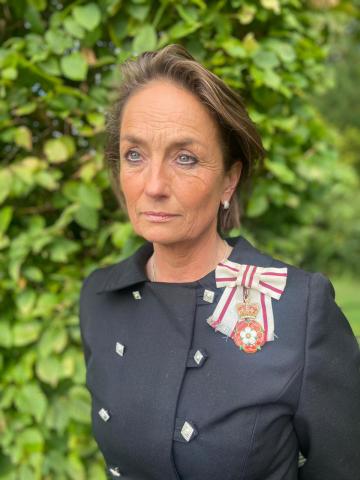 The Lord Lieutenant for North Yorkshire, Jo Ropner, said: “It is with the most profound sadness that I have learnt of the death of Her Majesty the Queen.

“Her unfailing commitment to our country and to the wider Commonwealth throughout the past 70 years has been an inspiration to us all.

“On Her Majesty’s 21st birthday in 1947, the then Princess Elizabeth vowed that her “whole life, whether it be long or short, shall be devoted to your service” in an address broadcast to the Commonwealth, a commitment which was reaffirmed during her Coronation in 1953.

“That her life was so blessedly long, and that her youthful vow was kept so carefully, is an accomplishment for which we, as a county and as a nation, will be forever grateful.

“Her Majesty visited North Yorkshire on numerous occasions, including the Great Yorkshire Show in Harrogate to mark its 150th anniversary in 2008 and the Maundy Thursday service at York Minster in 2012, and the county’s residents always welcomed the Queen with warm enthusiasm.

“I had the privilege of meeting Her Majesty at Buckingham Palace when I was appointed as Lord Lieutenant in 2018, and I know from personal experience that every engagement was conducted with grace and genuine interest, that every person felt the spark from meeting not only their monarch, but a truly remarkable woman whose commitment to her role will be remembered for generations to come.

“On behalf of the people of North Yorkshire, York and Teesside, I shall be expressing my heartfelt condolences to Her Majesty’s family.”