END_OF_DOCUMENT_TOKEN_TO_BE_REPLACED

Get ready to sing Selby! 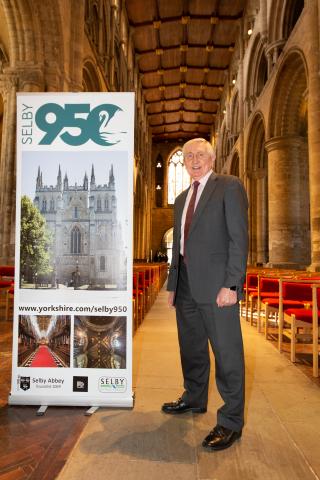 Three hundred Selby district school children are writing songs in preparation for a huge performance to celebrate the 950th year of Selby Abbey.

Working with award nominated Performing Arts etc Ltd groups from ten Selby District schools are writing brand new songs about the Abbey and its history, to be performed within the Abbey itself as part of a celebration of its heritage.

Part funded by Arts Council England, Selby Sings will encourage creativity, confidence and teamwork in the children who take part in the project.

Delivered by Performing Arts etc Ltd in partnership with Selby Music Centre and Drax, the project is working with children in Key Stage 2, those aged 7 – 11.

Drax’s visitor centre staff have delivered Selby Sings heritage workshops, as part of their commitment to support the Selby 950 celebrations and the local community.

Vicky Bullivant, Group Head of Sustainable Business said, “We’ve really enjoyed working with different schools in the district to deliver workshops about the history of the Abbey. We’re proud to have given local schools the chance to explore the fascinating stories, characters and events associated with the Abbey.”

Sam Dunkley, Director of Performing Arts etc Ltd, who has been leading the songwriting process and will conduct the performance said, “From the Piece Hall, Halifax to the Royal Albert Hall London, I’ve led projects like this across the country, but having lived in Selby District for more than a decade it is a joy to be working on Selby Sings. That young people are able to explore the history of their town, to write songs about that history and sing them in the Abbey which is a centre piece of the community, is really special.”

Selby District Councillor and Executive member Chris Pearson commented, “This project brings together schools from all over the district to work together on a large-scale performance, in the wonderful setting of Selby Abbey. It is a stunning venue and I’m sure all those involved in this project will really enjoy performing in it.”

The performance is part of the Selby 950 year long celebrations, which also includes the St Germain’s Day parade on 31 July with banners, puppets, dancing and music. Another major event will be Pilgrim, which will see the Abbey dramatically illuminated in a spectacular artwork event by an acclaimed artist for three evenings in November.

The Selby Sings project has been made possible with funding from the Arts Council.

Here's a sneak preview of Riccall schoolchildren practising their songs: