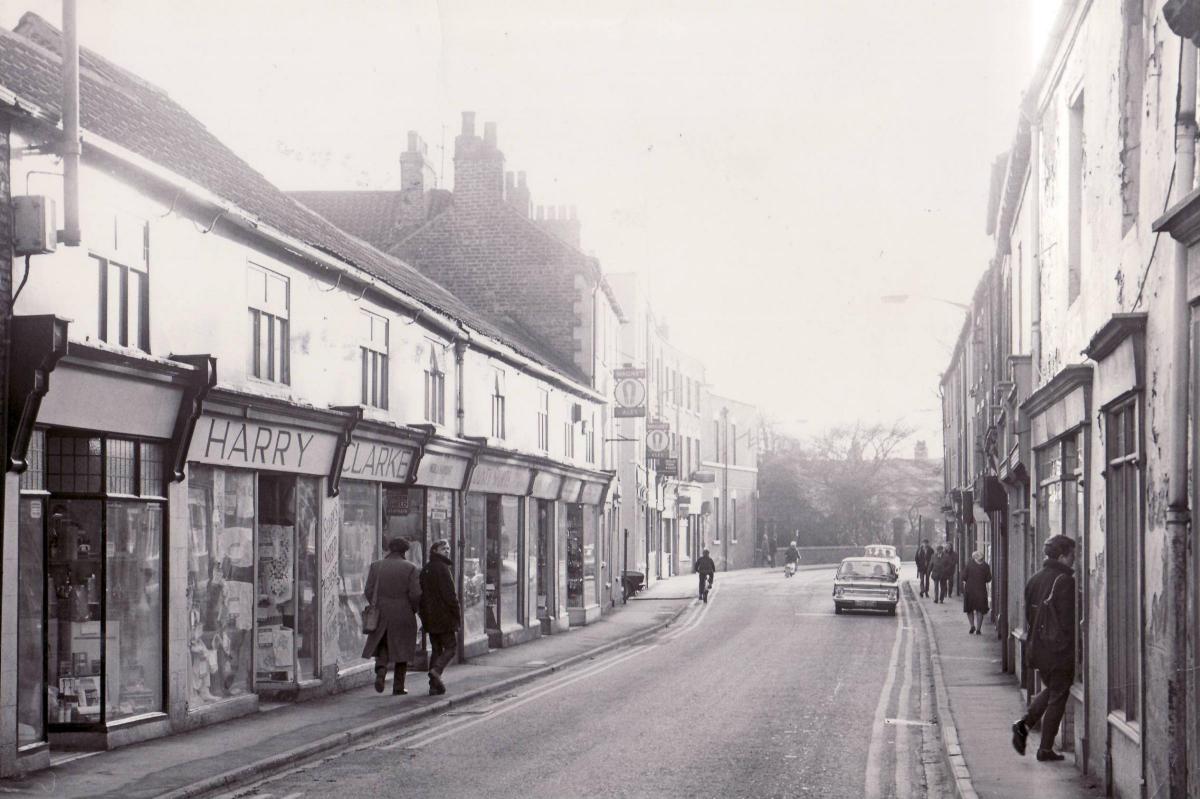 New Street is part of an early entranceways into the town, over the river from the north. The buildings were built in the early 19th century and in the later 19th-century, the string of units starting at Harry Clarke's were altered to create a single shopfront design. Looking at this photograph of Harry Clarke’s shop, you can see that there have been very few changes to this street since.

The property at the end of the street, that you can see at the edge of this photo, was left out when the new design was installed, and it has a couple of different decorative features that may have been part of the original style, and the brick wall that you can see today at the end of the shop, suggests that there used to be other buildings attached.