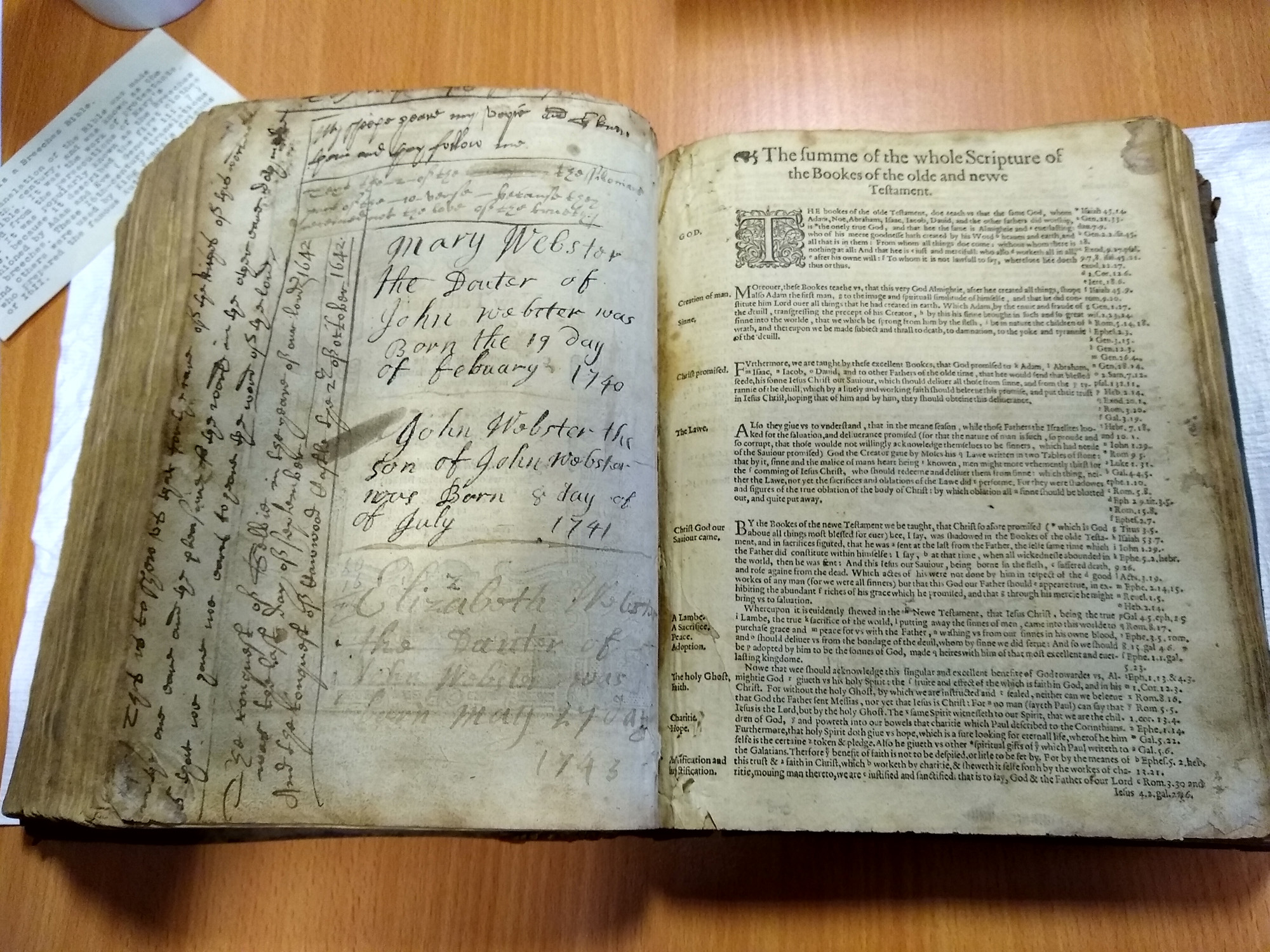 Cared for by Selby Abbey the story of this bible is revealed in the handwritten notes crammed into margins and blank spaces. John Webster records the births of his three children in the 1740’s whilst others leave signatures, dates and observations. The Geneva Bible was loaned for use in the Selby Treasures Exhibition, with thanks to Selby Abbey.

The Geneva Bible was the first mechanically printed and mass produced bible in the English language. This version was popularly known as the Breeches Bible as it describes the first clothes fashioned by Adam and Eve as breeches. Courtesy, Selby Abbey.