Just before midnight on 19th October in 1906, flames were seen pouring from one of the Abbey’s windows. It is believed a candle that was left burning near the organ was the source of the fire. 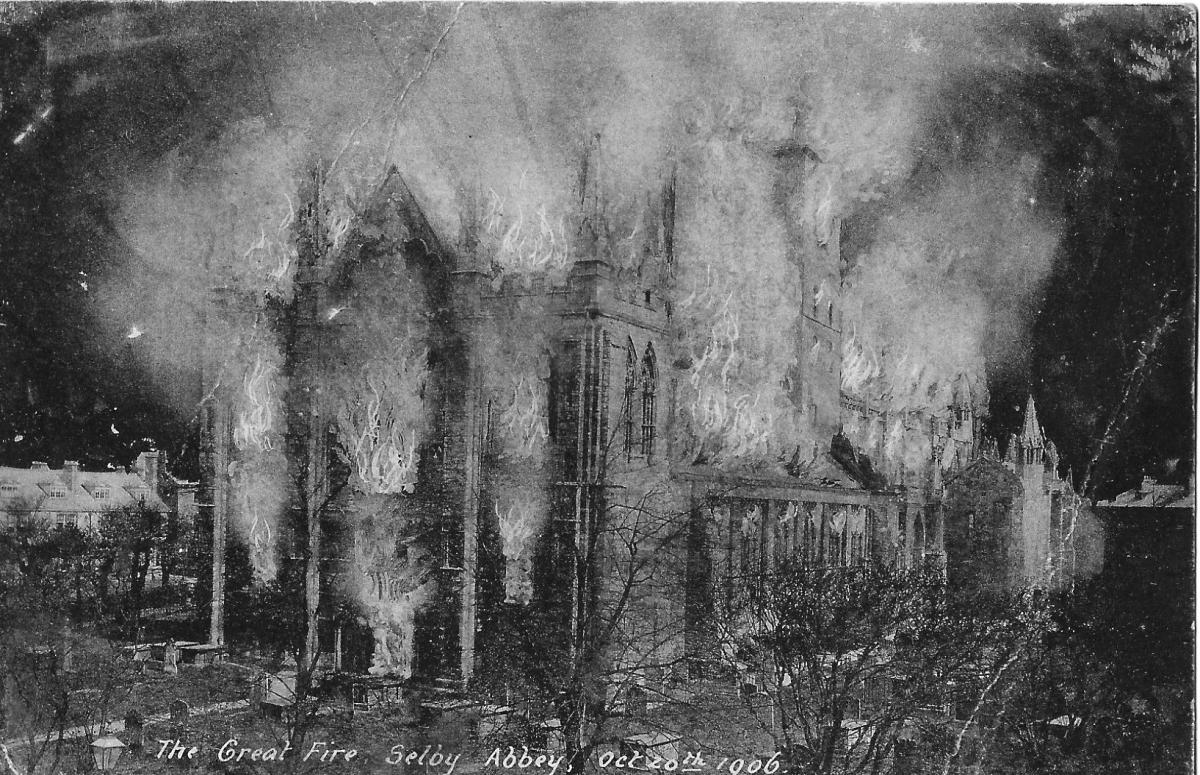 The fire brigade came by horse and carriage from Leeds and tackled the blaze for hours. Cold water was poured on some of the stained-glass windows to preserve them and one brave fireman rescued the font cover which is on display in the Abbey today and is the only original surviving piece of wood left in its original form. 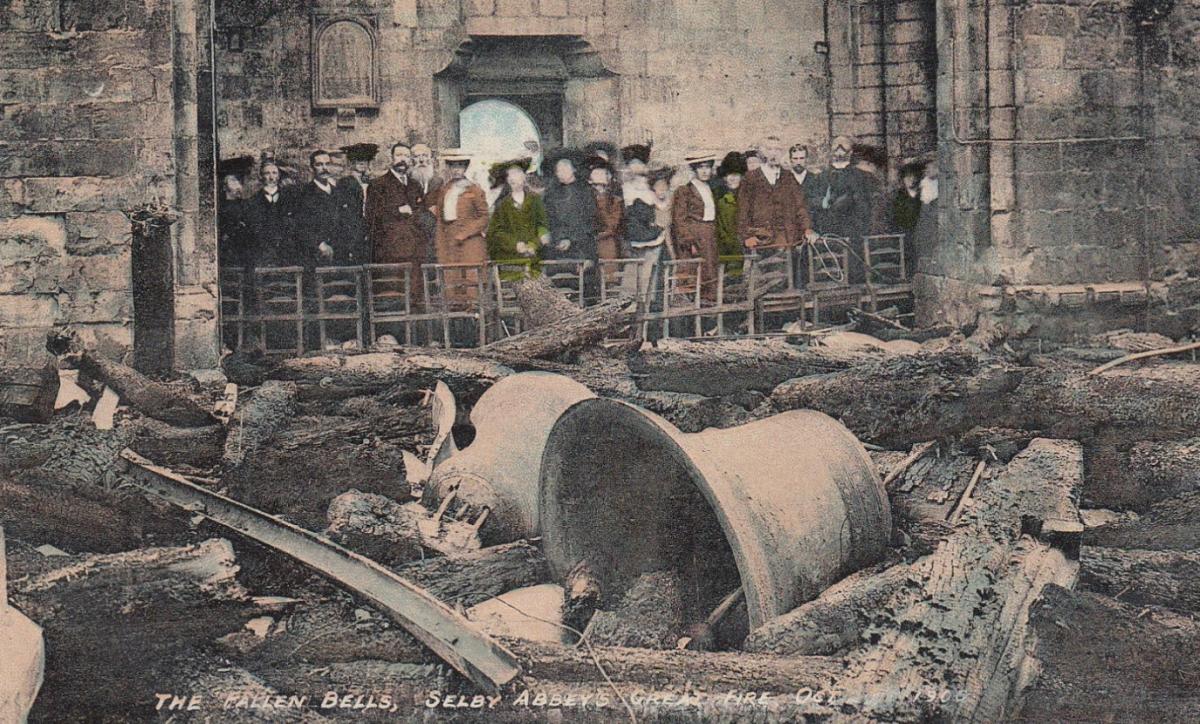 By the morning, the Abbey's roof lay completely open, the bells had fallen to the floor, molten led ran down the walls and the Abbey was decimated. Fortunately, no one was hurt, and the community rallied together to raise money for the Abbey’s restoration. One way they did this was by holding large sheets outside the building for people to throw money in.