The Corset Warehouse at the top of Gowthorpe

Hanlay’s shop (or The Corset Warehouse!) in these images is remembered as an old-fashioned shop that maintained a well-to-do Victorian atmosphere and courtesy until the middle of the 20th century. The advert for the ‘Hanlay’s Trousers Down Again’ doesn’t quite match with this character though…! 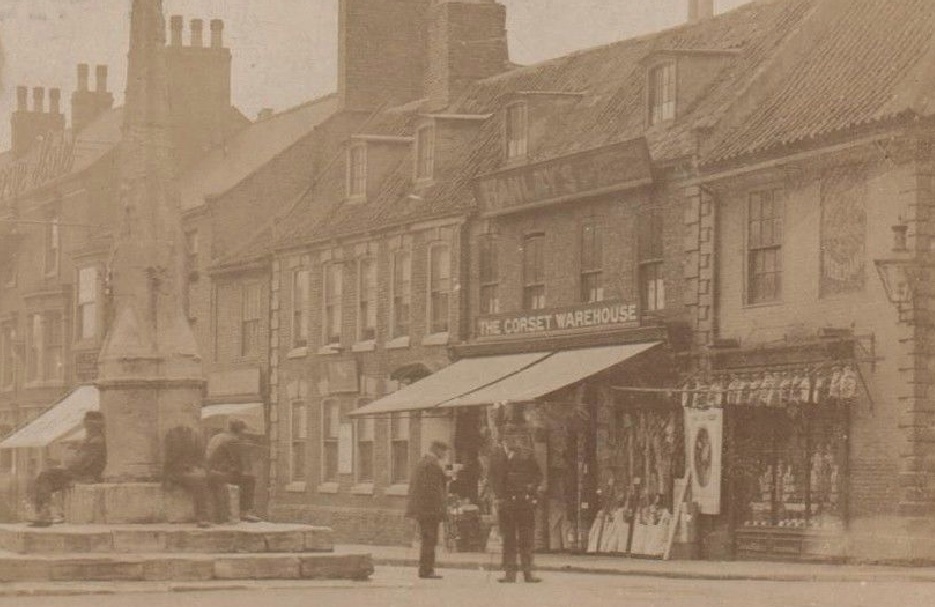 A well-to-do lady came in for a pair of gloves. When she tried them on a couple of pairs, she thought that the ones that fitted best were unsuitable because they were not expensive enough for her taste. The assistant took them into the back, straightened them out as though they had not been worn, changed the wrapping tissue, and brought them out in a different box! The sort usually sold in that box would normally cost almost twice as much!

The customer tried them on, bought them, and went away happy!

Story and Image from Selby Times on 10 February 2000 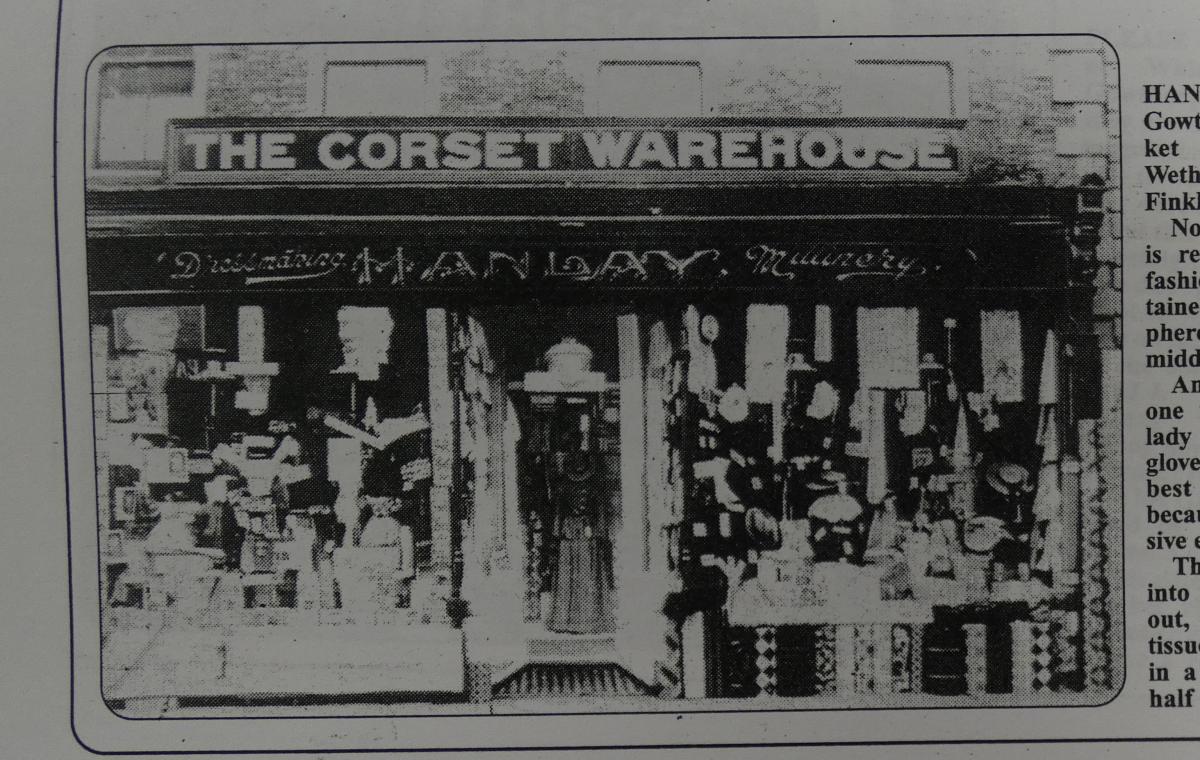