Below is a list of treasures from local businesses in Selby. If you like one or more of these items don't forget to vote for them, the link is at the bottom of this page.

This was the apron I wore on my last day in charge at "The Arches" coffee shop. The back is signed by all the staff and many of our customers. The plaque reads: 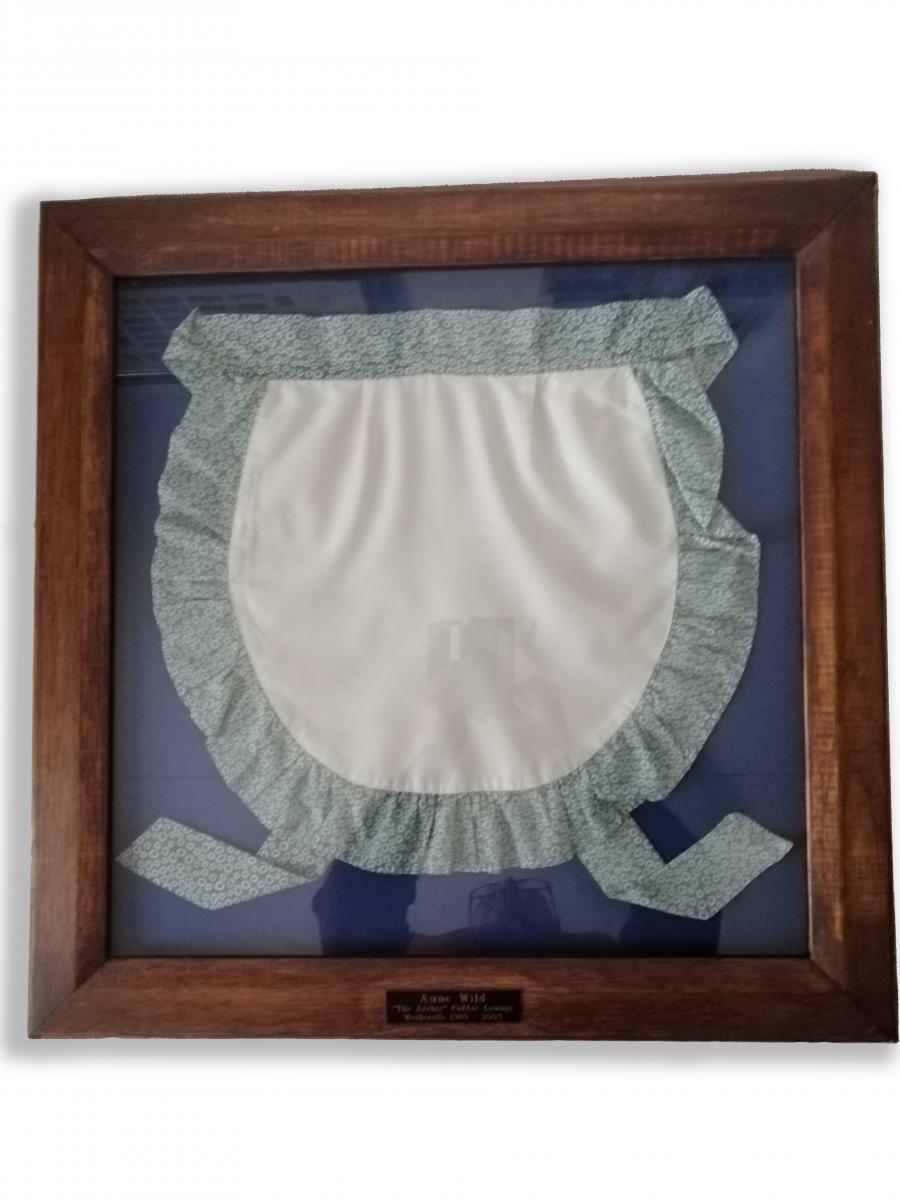 The tea towel was produced as a souvenir for celebrating the Wetherells centenary. Courtesy, Anne Wild. 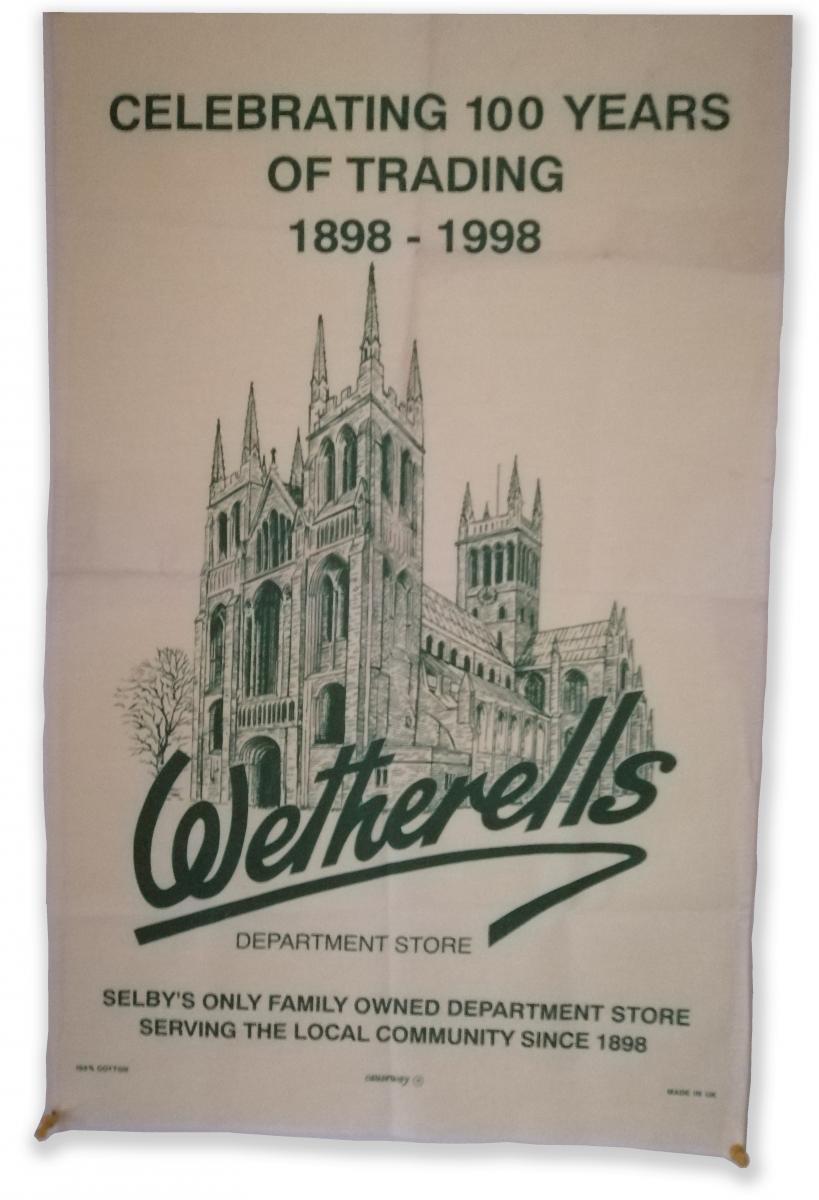 The plate was developed as part of the celebrations for a hundred years of the Wetherells department store. Courtesy, Anne Wild. 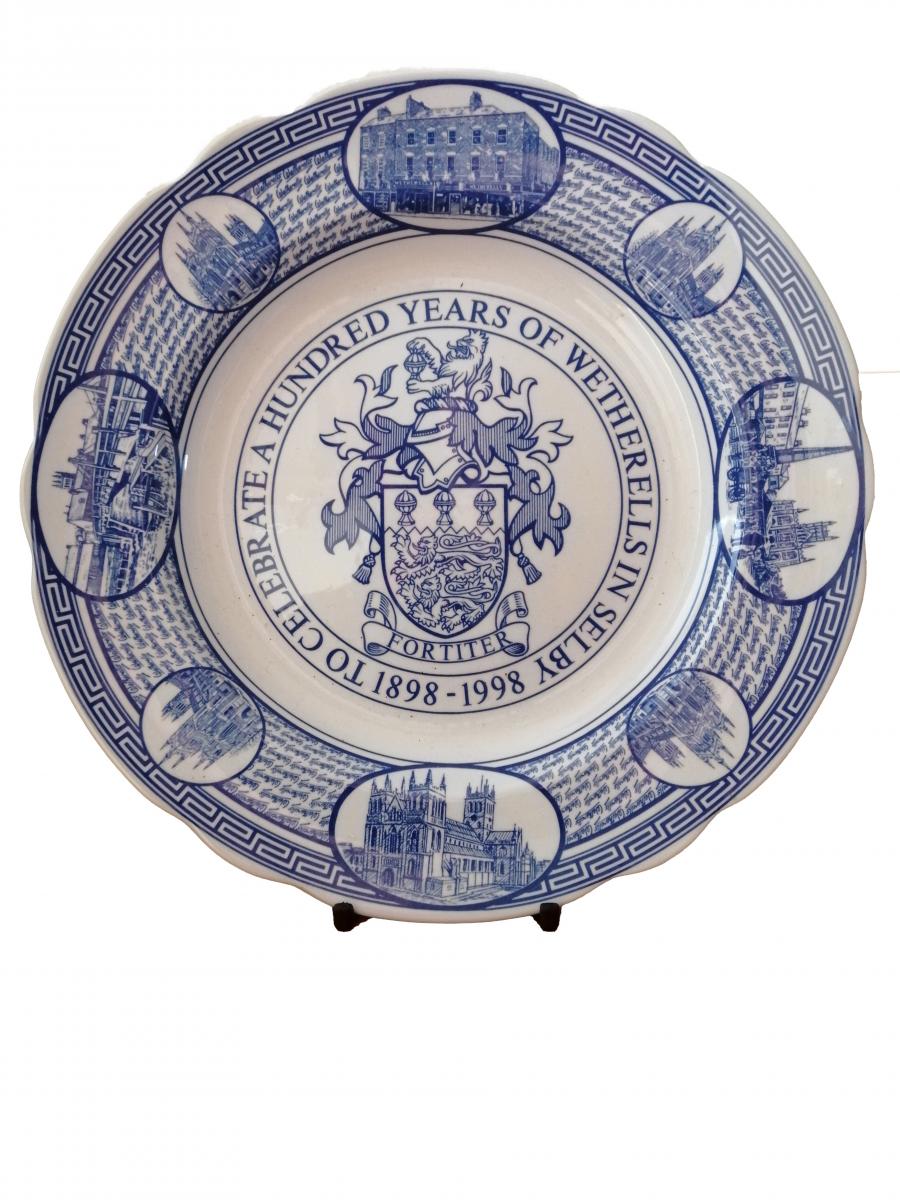 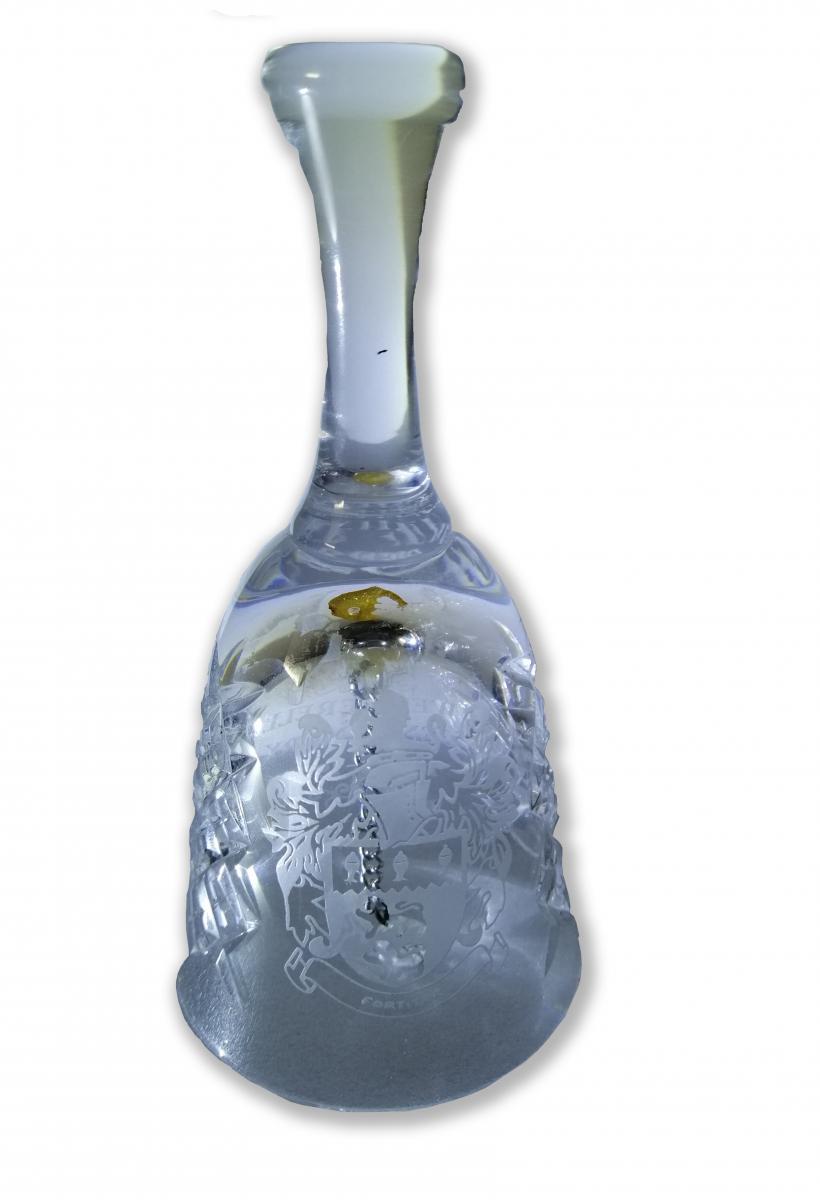 These sauce bottles were bought from Reg who owned the antique shop near St Marys. Fletchers was a Selby company, who made sauces. J.P Fletcher opened the factory in 1915, where their most famous sauces, Titbits and Tiger, were made until HP closed the line in 1994. Courtesy, Angela Robinson.

The shawl belonged to my great grandmother, Mary Jane Welbourn who was born in 1866. It has been passed down through the family. It was purchased from Cheesemans of Selby which was later taken over by Wetherells we are not sure if it is mourning attire or was used as "Sunday best."  Courtesy, Catherine Keable. 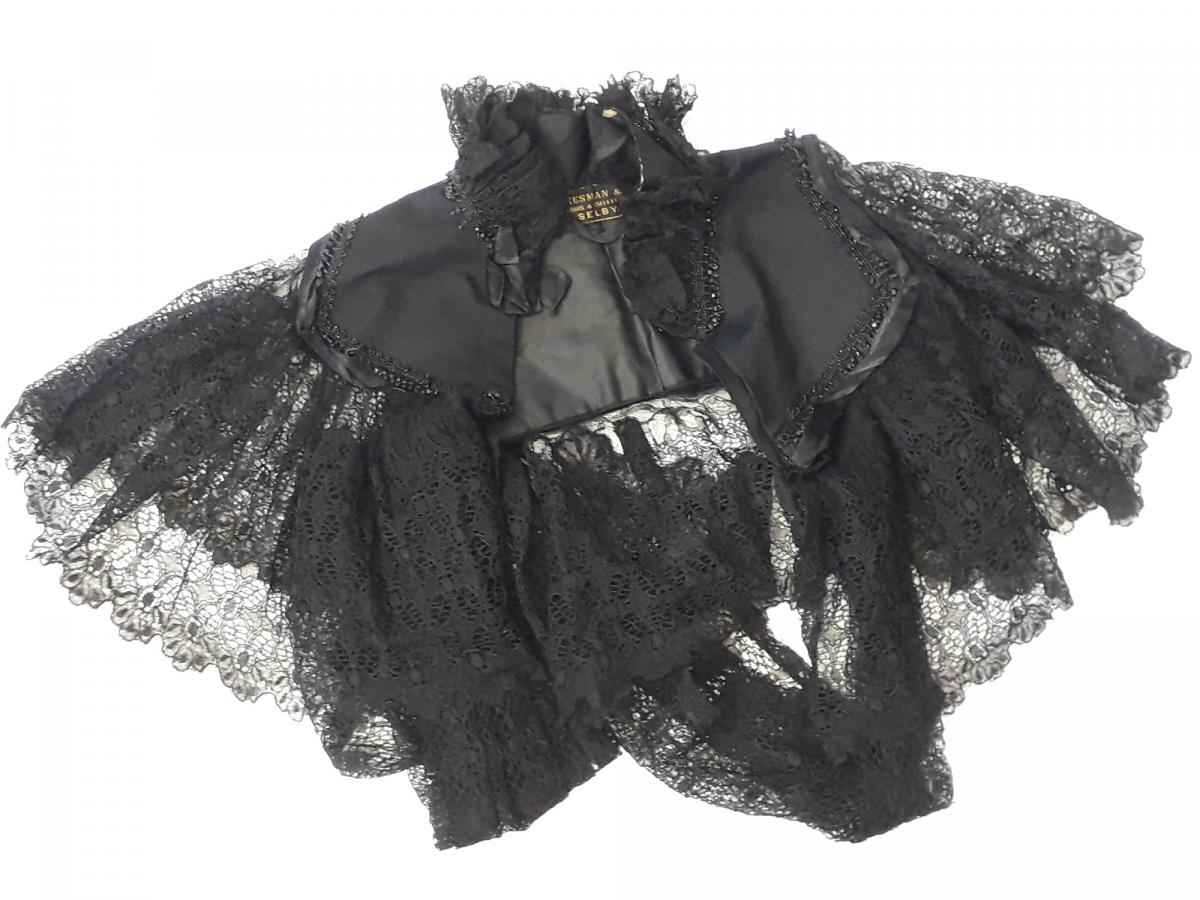 View the foundations of Selby items

View the memories of Selby items