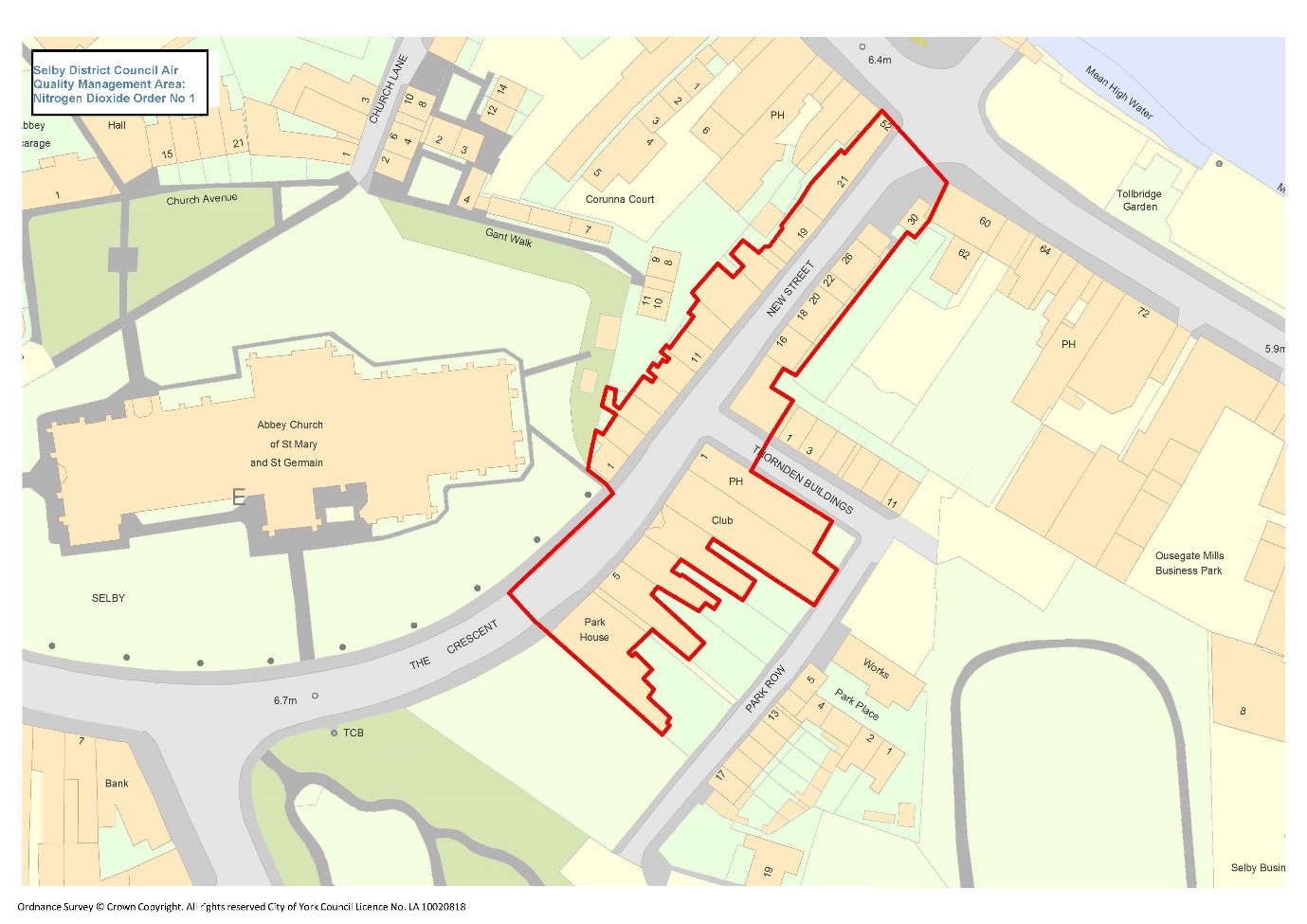 Selby District Council has monitored the levels of nitrogen dioxide in New Street, Selby and the surrounding area for a number of years. Nitrogen Dioxide or NOx is associated mostly to traffic pollution and the burning of fossil fuels. A Detailed Assessment considered these levels for the calendar year of 2014 and concluded that there were breaches of the levels set out in National Air Quality Objectives. This area covers the two rows of terraced buildings flanking New Street and is limited to the area of New Street, and The Crescent between Selby Abbey and Ousegate.

The AQMA is not meant to indicate all properties within its boundary have breached the levels but rather the geographical boundary identifies the general area. This allows for targeted improvement actions so that the problem doesn’t get worse and affect more people.

Following the declaration, the Council, in line with its requirements, created the Air Quality Action Plan to improve air quality and protect the health of residents. The plan was subject to public consultation, cost benefit screening and approval by the Council’s Chief Executive and the Department for Environment, Food and Rural Affairs (DEFRA). The Air Quality Action Plan was approved on 6th September 2018 and is also subject to an annual review. Progress is reported each year in an Annual Status Report as per statutory local air quality management duties.

The final Air Quality Action Plan can be found here.

If you would like any further information on the Air Quality Management Area, you can request this by emailing:  AQMA@selby.gov.uk